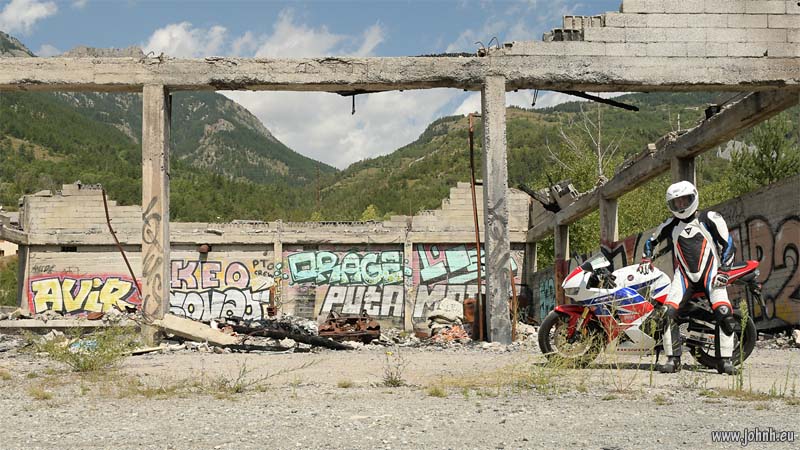 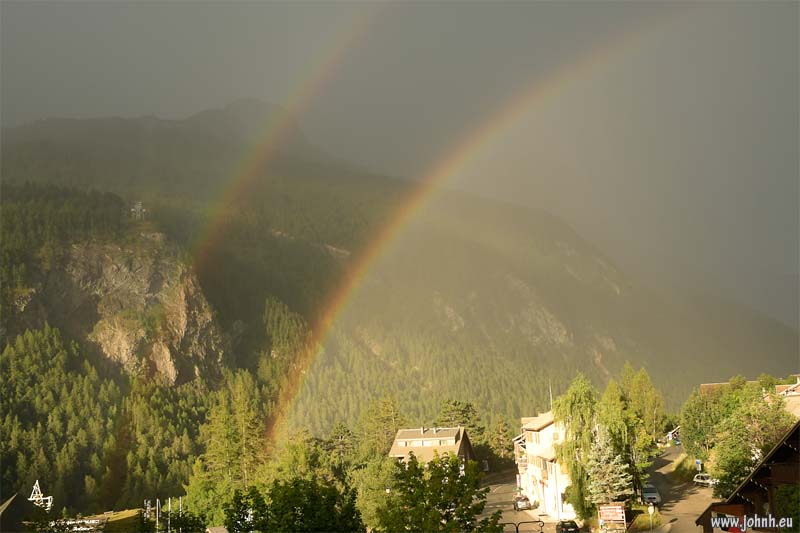 Pretty though it is, you don’t want to see a double rainbow as the next thing is usually a downpour; today’s was accompanied by thunder echoing around the Meiji peaks and glaciers 2500 m. above the village of La Grave.
Two hours later, the road was dry, so time to roll. A photo-stop en route at a derelict garage: I like the photo of my new bike contrasting with this decay and riotous tagging. I think it’s about the impermanence of technology and also rebellion but I’m open to other suggested deconstructions of the image.
Finally, another “You know you’re in Marseille when...” the three scooters lining up next to you at the lights each do wheelies all the way to the next lights, and then again.